Upcoming performance at the National Centre for the Performing Arts to feature works from Yao Chen, Niccolo Athens, Tan Dun, Chen Qigang, and Guo Wenjing on May 16

TIANJIN, CHINA – The Tianjin Juilliard School (TJS) and the National Centre for the Performing Arts (NCPA) in Beijing present a series of joint performances, May 12 -16, featuring the Tianjin Juilliard Ensemble and the China NCPA Orchestra. The public concerts in Beijing and Tianjin are part of the May Music Festival founded by NCPA.

Alexander Brose, executive director and CEO of The Tianjin Juilliard School said, “From the moment we began planning Tianjin Juilliard, we always had a clear vision: to take root in China and develop the school into an international hub for musical education in China and Asia. TJS will be an important cultural anchor in the Beijing-Tianjin-Hebei region. Our strategic collaboration with the renowned National Centre for the Performing Arts (NCPA) is a partnership between two distinctly unique institutions with a shared desire to connect with our audiences in new and creative ways. I am thrilled that artists from NCPA can share their artistry with TJS students, and at the same time, our faculty and students can contribute to NCPA’s diverse programming.”

Chinese cultural elements such as classical poems and Chinese musical instruments inspire the creative processes of contemporary composers. Yao Chen’s piece "One More Cup of Wine before You Go" is inspired by the poetry of Wang Wei, a well-known poet from the Tang Dynasty. Chen Leiji will play this work on guqin side-by-side with western string instruments. A list of the performances is available below.

Highlighting the school’s artistic programming, Wei He, artistic director and dean of The Tianjin Juilliard School said, “The “East Meets West” concert at NCPA on May 16 is innovative, celebrating cultural understanding, musical creativity, and collaborative musicianship. Works from five incredible living composers bring together elements from diverse cultures and showcase the artistry of Tianjin Juilliard faculty, guest artists, and the China NCPA Orchestra. From the seamless merging of string quartet and pipa to Chinese vocal traditions, such as Peking opera, combined with Western opera and modern techniques, audiences will have an extraordinary experience. It is our genuine hope to bridge different cultures through the art of music.”

Xiaolong Ren, CEO of the National Centre for the Performing Arts Orchestra, said, “This collaboration marks a major milestone in the China NCPA Orchestra’s chamber music series and it is a terrific achievement resulting from this remarkable partnership between the two prestigious performing arts organizations.”

In 2020, The Juilliard School in New York, The Tianjin Juilliard School, and the National Centre for the Performing Arts signed a memorandum of understanding for a strategic partnership to explore collaborative opportunities in performances, education, artist training, and more. The goal is to jointly promote the performing arts and development of music education worldwide. The upcoming series of performances in May is the first initiative produced as a result of this partnership. In addition, TJS faculty Weigang Li and Xiaoguang Han have been appointed as artistic consultants and honorary section principals of the National Centre for the Performing Arts Orchestra for the next two years. 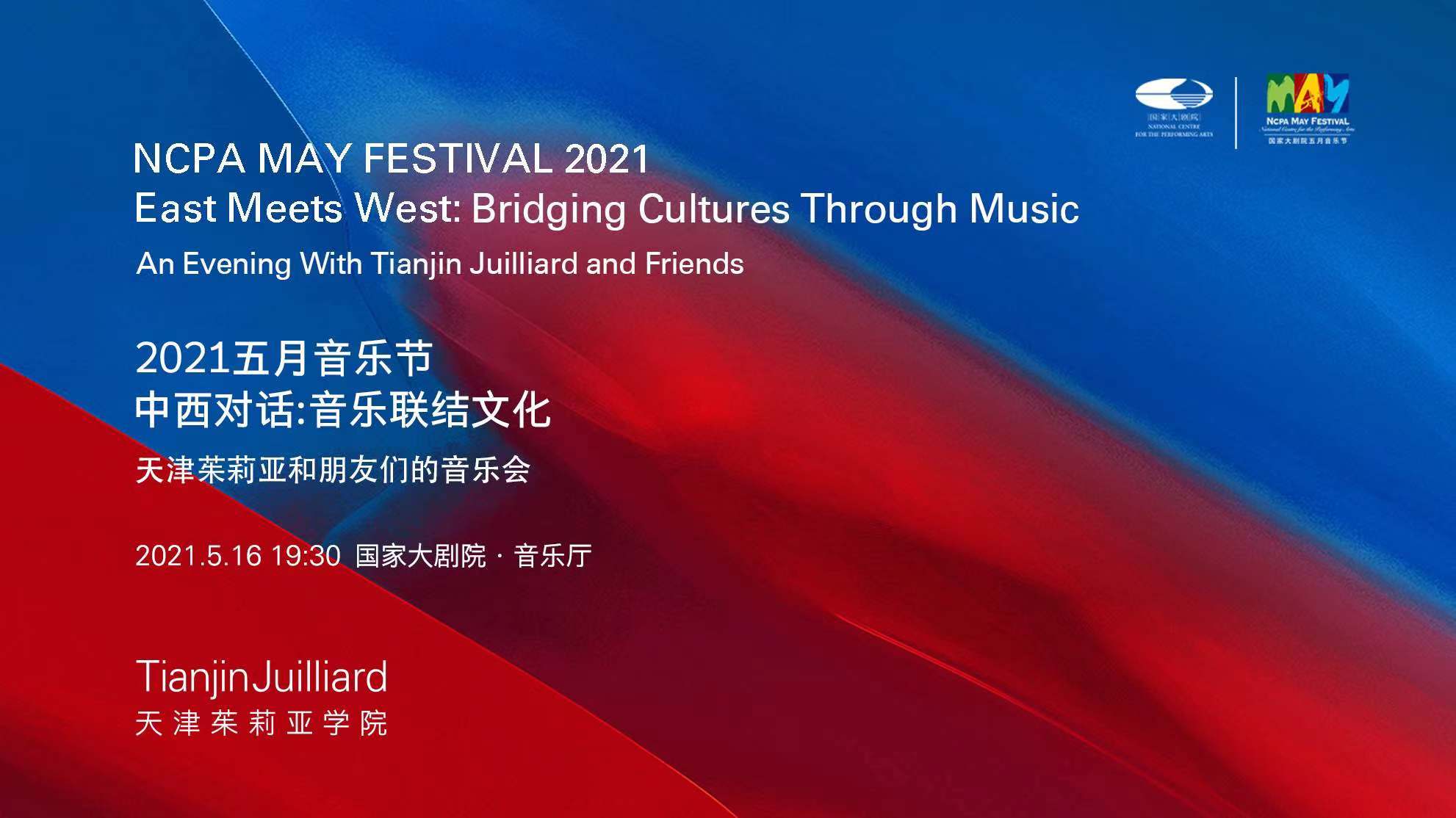 About The Tianjin Juilliard School
The Tianjin Juilliard School brings Juilliard’s artistic and educational mission to a wider global audience. It is the first performing arts institution in China to offer a U.S.-accredited Master of Music degree. This new campus offers a graduate program for a Master of Music degree from Juilliard in orchestral studies, chamber music, or collaborative piano; a Saturday conservatory-style Pre-College program for advanced students ages 8-18; continuing education programs for professionals and adult learners; public education programs for music learners of all ages; and public performances.

Juilliard developed the school in partnership with The Tianjin Conservatory of Music, Tianjin Economic-Technological Development Area Administrative Commission, and the Tianjin Innovative Finance Investment Company (T.I.F.I.). The Tianjin Juilliard School is a center for performance, practice, research, and interactive exhibitions, with communal spaces that are designed to welcome the public into the creative process and performance of music.

China NCPA Orchestra
The China NCPA Orchestra is the resident orchestra of the National Centre for the Performing Arts (NCPA), whose musical director is Lü Jia. The Orchestra has become a national benchmark of the highest standard in the pit, and to date it has played in over 60 operatic productions for NCPA. On the orchestral side, it programs and presents performances in a full-year season, impressing audiences with their unique vitality. The Orchestra has cooperated with world-renowned maestros and artists including Lorin Maazel, Zubin Mehta, Christoph Eschenbach, Valery Gergiev, Myung-Whun Chung, Lang Lang, Wang Jian, and Kyung-Wha Chung, among others. Hailed as “a brilliant and first-class orchestra,” it has toured the United States, Canada, Germany, Korea, Singapore, Australia, and the United Arab Emirates, to name a few.